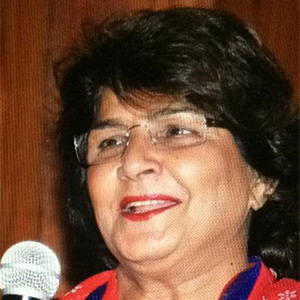 Rama Pilot is a social worker and a former politician. She is also a fierce advocate of artistic expression, thus, supporting innovative ideas, particularly those developed by youngsters, come to her naturally.

In her school days, she was a NCC cadet and an excellent shooter.

Rama started her political career while still in college and rose substantially to handle important positions in various government bodies. Apart from being an active politician, she also practiced as an Advocate in the Supreem Court of India. She has written the biography of the iconic leader, Rajesh Pilot and produced a documentary film. At Film Graffiti, she will be heading the Incubation Committee that would promote the work of selected newcomers..